ABC cable is mainly used for 600V overhead auxiliary distribution lines. It is not an electrically insulated conductor and is usually treated as a bare conductor during installation.

1.What is ABC Cable?

ABC Cable conductor due to the outer layer of insulation. The bare wire by oxidation and corrosion of the degree of less, corrosion resistance is more substantial and can extend the cable’s service life. Anti-external damage reduces the impact of external factors such as trees, flying objects, metal film and dust, and reduces the inter-phase short circuit and grounding accidents. Strength to meet the requirements. Insulated wire, although less steel core, but challenging so that the mechanical strength of the entire wire to meet the needs of the stress design. 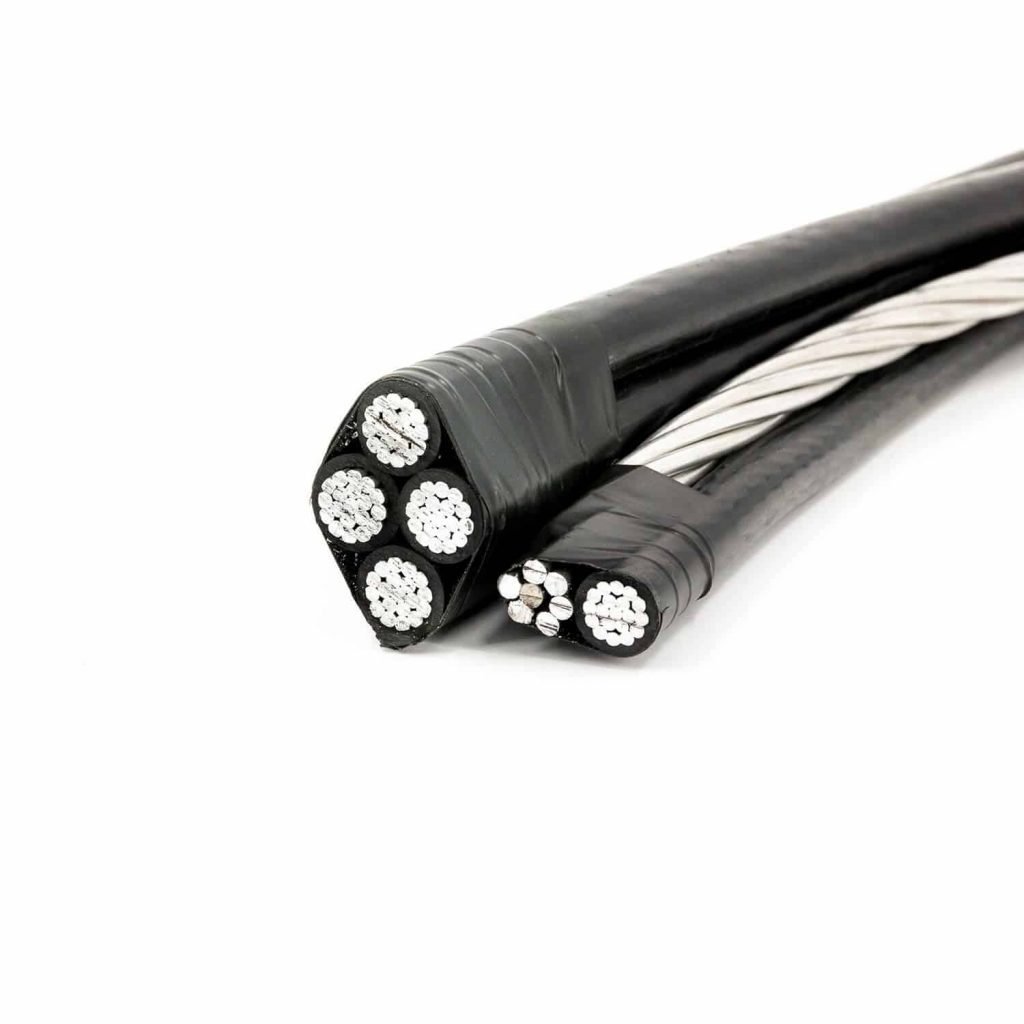 Abc cable conductors are suitable for tree areas. Bare conductor erected wires in the more wooded areas, often the erection and maintenance of pipes and greening and forestry to produce a large shield. The use of Aerial bundled cable conductors can reduce trees’ cutting to solve many problems and lessen the greening, forestry, and other departments’ contradictions to protect the ecological environment. They are simultaneously reducing the cable ground fault for more flying metal dust and multi-pollution areas.

Due to environmental protection, the old industrial area can not reach the standard. Metal processing enterprises often have flying metal dust floating with the wind. In the thermal power plant, chemical plant pollution area, resulting in an overhead distribution wire short circuit, grounding fault. The use of abc cable is a better way to prevent short-circuiting and grounding medium voltage cable.

The use of ABC cable can better prevent salt spray corrosion. Because there is a layer of insulation layer protection, it can reduce the deterioration of salt spray on the conductor, delaying the cable’s ageing, extending the service life of the wire. Suitable for areas with more lightning. Abc wire conductors due to a layer of insulation protection can reduce the wire lead lightning. Even if there is lightning, the impact will be much smaller.

In the mined area,  abc wire insulation generally decreases faster, often burst grounding accidents. After replaced with abc cable conductors, it can reduce the grounding fault outage time. Applicable to the transformation of old urban areas. As the Aerial bundled cable conductor can withstand a voltage of 15kV, the minimum vertical distance between the insulated conductor and the building is 1m, and the horizontal distance is 0.75m. 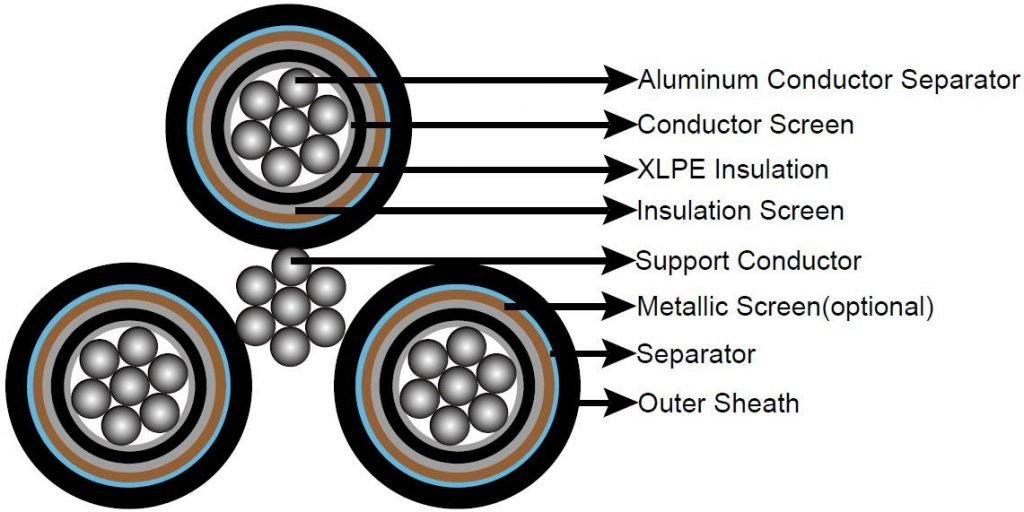 Therefore, the 11kV ABC cable replaces the low voltage cable. It is sent directly to the load centre shortening. The radius of the low-voltage grid is a proven distribution method for the transformation of the old city. Beneficial to typhoon prevention. With the use of abc wire, the wire instantaneous phase touch will not cause a short circuit, reducing the fault, significantly improving the wire’s ability to resist typhoons.

Design selection ABC cable, insulated conductor, to choose a large grade. Simultaneously, the tension-resistant wire clamps directly on the wire insulator. To prevent the wire tension is too large, the insulation layer cracks or receding skin, the general insulated conductor’s maximum use of stress are taken with about 41N/mm2.

Abc wire arrangement and the bare wire is the same, can be divided into triangle, vertical, horizontal and multi-loop with pole erection. Abc cables should be controlled at a distance of 50m. The distance between the phases of insulated conductors. The aerial bundled cable conductor has good insulation properties.

The pole erection of the two routes vertical distance and a horizontal distance of not less than 0.5m. The lead wire and the neighbouring phase of the low-voltage cable headroom distance and abc cables conductor across the lap. The headroom distance with the pole tie or frame is not less than 0.2m—insulated wire connection. Insulated wire connection does not allow winding, insulated conductors as far as possible, do not connect in the file distance, and tied at the endurance pole jumper.

Insulated wire connection point should use the insulating cover or self-adhesive insulating tape for wrapping—insulated wire arc sag after the wire is erected to consider the impact of plastic elongation on the arc sag. It should be used to reduce the arc sag method of compensation, arc sag reduction percentage: AAAC cable 20%, copper wire 7% ~ 8%.

The use of insulated wire instead of bare wire is technical progress. Measure to realize the insulation of distribution wires, which can better improve the reliability, stability, and safety of the power supply. The maintenance and management improve power supply enterprises’ economic benefits. Abc cable has better performance than overhead wires, and the price is not too high. According to local conditions, in some areas, the use of abc wire is still very beneficial in the rural grid.