What is RVV Cable?

RVV is stranded wire for electrical connections, commonly used in household electrical equipment with voltage levels 300/500V and below.

RVV wire is also known as a pvc cable, is more commonly used in the weak power system cable, the number of conductor cores of two or more, outside the PVC sheath layer, the main role of the sheath layer is to protect the cable from mechanical damage and chemical corrosion, can enhance the mechanical strength of the wire, which is also the origin of its name. 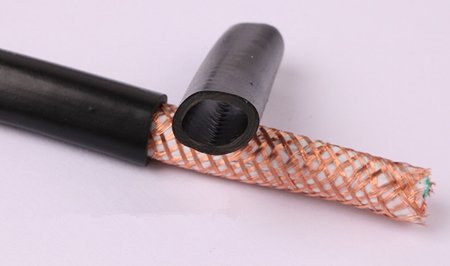 RVVP shielded flexible cable, according to the commonly used model split can be divided into RVV and P, RVV full name copper-core PVC sheathed flexible wire, and “P” is the meaning of shielding, that is, in the RVV soft wire is basically added to the shielding layer, anti-interference shielding performance significantly improved, mainly to resist external signal interference. Suitable for rated voltage 300/500V and the following communication, audio, audio, microphone line connection line, with the effect of anti-interference signal.

The difference between RVVP and RVV Cable

1, RVVP cable has an extra layer of anti-interference shielding layer, and the electrical connection is more secure for use.

2, RVVP cable can minimize the impact of external signal interference, the price is higher than 227 iec 52 rvv cable.

3, RVVP is suitable for places that need anti-interference, such as audio, broadcasting and KTV microphone line, RVV is more suitable for computer power wire.

ZW Cable specialized in wire and cable, the company has a large stock of RVV cable, RVVP cable. The colours include red, yellow, green, blue, black, yellow-green (ground), etc., the core from 10-400mm can be sold one meter, also according to your requirements to customize.