16mm cable is composed of stranded copper wire. Due to the large cross-sectional area, it is usually used for the main wires of the house

16mm cable is a very commonly used copper cable. This kind of copper cable is mostly used at home, and it can be used to connect the wall and between different tools for Kitchen and bedroom. 16mm cable is made up of  7 strands of wires or stranded wires. We have a wide range to sell 16mm 2 core cable. ZW Cable can tell you more 16mm wire details on that.

What size is 16mm cable?

The 16mm copper cable is designed to carry low voltage DC electricity and is used in many applications including domestic buildings and commercial premises. They are also used in industrial applications such as power supplies and solar panels. This type of cable is usually found in buildings where there is an existing fixed installation, such as lighting circuits or air conditioning systems.

It can be used for both indoor and outdoor use due to its weatherproof outer covering but must be protected from moisture penetration by a suitable protective conduit. The cable can be connected directly to other types of electrical equipment or devices using connectors or terminals provided on either end of each length of cable depending on whether they are fitted with sockets or plugs.

As well as being used as an integral part of your building’s wiring system, 16mm2 cable can also be used for temporary purposes such as connecting tents at festivals or carnivals. 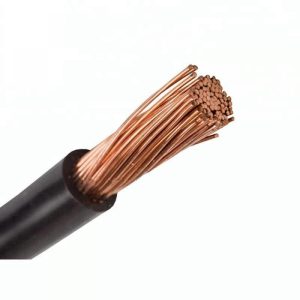 How many amps 16mm cable can take?

16mm cable is rated for 70 amps, but it can safely carry more current than that. The maximum current rating does not mean that you must never go above that limit, because it’s not a question of “can” but “will it work?”

The answer to the second question is yes, 16 sq mm cable will work with more than 70 amps. However, you should use a large enough fuse or circuit breaker to protect against short circuits and overloads.

If you find yourself regularly running at or above 70 amps — perhaps you have an electric vehicle charger or other high-current application — then consider upgrading to 18mm cable. This has an ampacity of 90 amps, which gives you some headroom for future expansion.

What is 16 mm armoured cable used for?

16mm armoured cable is suitable for underground installation as well as being attached to structures or building usage. This type of cable is used in the construction of telecommunications systems. It can be used for both indoor and outdoor installations.

The cable consists of a plain copper conductor which can be made up of multiple strands of copper, this is surrounded by armouring consisting of a steel tape or braided wire mesh. This armouring provides protection against mechanical damage that may occur during installation. Finally, a PVC jacket will surround the whole assembly to prevent water ingress and provide protection from sunlight degradation.

The 16mm cable price is determined by several factors. The most important factor is the core, which is the wire inside the cable. If you have a 4 core 16mm cable, it is more expensive than a 3 core 16mm cable.

The other factors include:

1)Length: The longer the cable, the more expensive it will be.

2)Conductor material: We also have 16  aluminium cables, but for long-term use, we use copper as the conductor. Pure copper has higher conductivity and less distortion. But pure copper has a lower cost than copper mixed with other metals. For example, an OFC (oxygen-free copper) cable with a silver-plated conductor will cost more than an OFC cable without silver-plating because of its higher purity and conductivity.

ZW cable offers the best 16mm cable at affordable prices. These cables are suitable for all kinds of industrial applications. Their high quality and performance have led to their popularity in the market. They are available in 16mm earth cable, 16mm twin and earth, and 16mm battery cable. Both 16mm cable configurations with PVC or OFC dielectric sheath get customers’ recognition from many countries. As a professional manufacturer, ZW offers not only standard products but also customized cable for customers. Welcome to learn more about us and get the cables you want from our factory!