Today’s cities are moving toward more remarkable technical advancements and intelligence to satisfy the requirements of their populations. As a result, twisted pair cable is heavily utilized in communication systems. Ethernet networks require data transfer over relatively small distances.

These cables can be shielded with a metal sheath around the entire metallic pair. It is also possible for the twisted pairs to be unshielded. In addition, the pair cable is also capable of being unscreened.

Twisted pair wire is also well known for offering protection against crosstalk, the noise produced by neighboring pairs. The following is what you need to know about the twisted pair cable. 1. What Is a Twisted Pair Cable?

A twisted pair cable is made by twisting two conductors of a single circuit together to increase its electromagnetic capability. Characteristics of twisted pair cables include putting two different insulated wires together in a twisted pattern. Then running them parallel to one other.

Twisted electrical wire comes in high quality. This is achieved through sufficient examination and assigning of ratings by international standards regulation bodies such as ISO and EIA. In this way, various twisted pair cable types are safe and have value for your money. 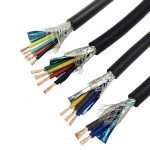 18 AWG twisted pair cables are employed in several applications that include consumer electronics and industrial control devices. This twisted pair wire is also used in the transmission of sophisticated signals.

An excellent home renovation tool to keep on hand is the 22 AWG twisted pair shielded cable, which is also an electrician’s best buddy. This particular twisted pair-shielded cable has undergone rigorous fire testing and is acceptable for installation in air plenum areas. 24 AWG twisted cable is largely used for telecommunications, automation, sensors, and audio.

There are also other sizes designed to fit specific purposes. Also, twisted pair cables are made in a variety of shapes. For instance, twisted pair flat cable is available. Stable transmission is obtained when a shielded twisted pair wire is used to install electrical equipment. This is achieved through the elimination of interruptive radio frequency and electromagnetic interference. The composition of the cable includes four bundles of wire, where each pair is twisted to prevent crosstalk interference for the adjacent pair.

When compared to a typical cable, twisted-pair cable is often favored for various reasons. For instance, twisted pair wire is used for coaxial cable construction. This is because it provides a bend radius considered accommodative, and gives more freedom in the selection of network topologies.

Specifically, the twisted pair-shielded cable is utilized to reduce electromagnetic interference and crosstalk in various networks. On the other hand, unshielded pair twisted cable is mainly used in Ethernet setups and is considered more prevalent. In addition, grounding may be achieved using the twisted shielded pair cable.

2. Why Is a Twisted Pair of Cables Twisted?

The primary reason for twisting pair cables is to enhance their electromagnetic capability. Twisted pair copper cables are an example of twisted wire cables. They are made of copper wires twisted together to form a pair in the cable.

The twisted pair copper wire is essential in conditions where electromagnetic radiation is unwanted. As a result, the cable is useful in resisting interference from the outside.

By twisting the wires together, it is possible to guarantee that any external signal will be generated into both wires. This may result in “noise.” Still, it is eliminated immediately after it reaches the receiver.

Also, twisting twin wires or twisted pair cables is due to their high-frequency signal on one wire. This creates a magnetic field that can induce a signal on a neighboring wire.

As a direct consequence of these signals. Older analog telephone lines make you overhear conversations in the background of a call. A twisted pair wire is twisted to lessen these effects. Often, this cancels out the impact and lowers crosstalk even more.

Twisting is essential in neutralizing the magnetic fields generated from the pair of cables. It ensures that each twist emits the opposite direction from either neighboring twist. It is also worth noting that the signal needs not to be differential. However, if the signal is differential, electric fields also cancel.

The twisting mechanism also aids in the cancellation of ambient magnetic fields. This incident on the cable affect the performance of the twisted pair wire cable.

However, caution is required in this situation. Understandingly, while differential mode signals cancel, common mode signals do not. Most electrical circuits have only low-frequency common mode rejection.

3. What Is the Purpose of Twisted Pair Cables?

This particular cable is used extensively in various data and communication infrastructures. Additionally, it helps to reduce interference with nearby twisted pairs (crosstalk). This means that the greater the number of twists per meter, the greater the isolation.

Because of this twisting of the wires, any disturbance that affects one line will affect both. No matter whether one or both impulses are impacted by noise, the estimated difference will not change. 4. What Are the Advantages of Twisted Pair Cable?

5. What Is an Unshielded Twisted Pair Cable?

Unshielded twisted pair cable is made of copper wires, each with a unique color code. Nevertheless, neither foil nor braiding is present to act as an insulator and shield it from interference. In the cable industry, we also called UTP cable.

Usually, achieving cancellation requires that the individual wire pairs cable include a variable number of twists per foot。

UTP cable has a suitable frequency range that permits data and voice transmission. In UTP cable, grounding is not necessary. It also comes at a low cost, as much more maintenance is unnecessary. Overall, this makes it much more cost-effective.

Regarding the functionality of the UTP cable. It contains up to four twisted pairs of copper wires, with a larger number of pairs correlating to greater bandwidth. Usually, two wires in a pair are twisted around one other. The resultant pairs are then twisted around one another.

The principle behind this twisting is to prevent crosstalk and the influence of electromagnetic fields. Electromagnetic interference and crosstalk can potentially impair network performance, which is the reason for preventing them.

The twisted pairings in the unshielded pair cable are color-coded. Therefore, it is simple to determine which pair belongs to which twist. One of the wires in a pair may be distinguished from the other by orange, brown, blue, gray, or green.

The other pair may be colored red, violet, white, yellow, or black. An ideal illustration of what an unshielded twisted pair cable looks like is a wire that is white and blue-striped. Making it easy to identify and match the wires.

Unshielded twisted pair cables are grouped into five categories that include: CAT3, CAT4, CAT5, CAT5e, and CAT6. CAT3 is often utilized in telephone lines and can support 10 Mbps over a distance of up to 100 meters. 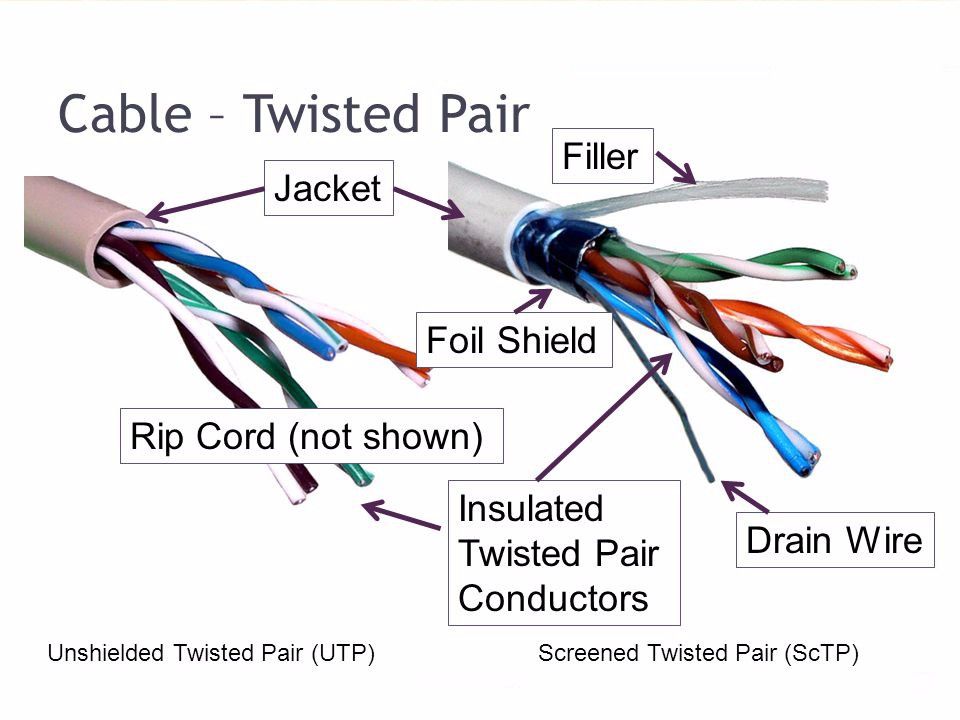 In terms of application, shielded cables are beneficial in areas with a high probability of electronic interference. This includes places like airports and radio stations such as telecom cable assembly like aerospace cable assemblies.

STP cables are also utilized in security systems to prevent radio frequency interference. Also, they are used for in-box constructions with several components functioning closely together. In addition to protecting the cable from external disturbance, the shielding prevents noise from escaping the cable. This lowers the likelihood that it may cause interference in other gadgets.

On the other hand, the UTP cable lacks shielding to decrease interference. By twisting the pairs inside the cable. UTP cables are constructed to minimize electromagnetic interference. Further, unshielded twisted pair wire suits workplace LANS and comparable network wiring systems.

The cables are popular despite providing less interruption shielding. This is because they are multifunctional, inexpensive, simple to install, light, and adaptable. However, the use of twisted pair cables is considered vulnerable to radio frequency due to electromagnetic interference. Also, due to its low bandwidth.