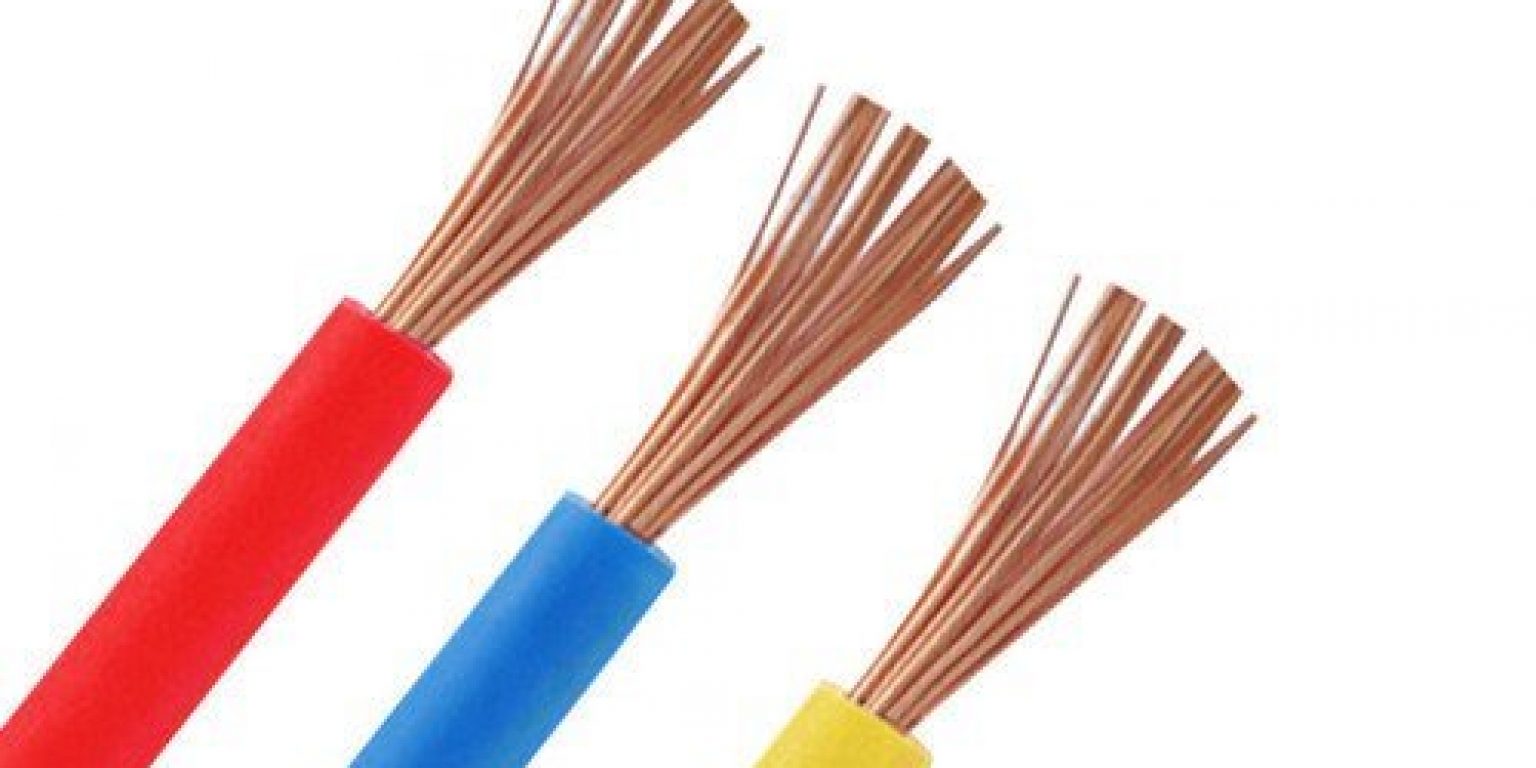 Electrical cables may be of two types, single core cable, and multicore cable. Since cabling is the most popular (and, in most cases the only) method of electrifying a location, they are ubiquitous. You can find them inside homes, in factories, on public buildings, on roads, and in shopping centers.

In the following post, we’ll discuss these questions and provide you with the answers to them. After you’ve read the information provided, you’ll be able to talk with authority, with single or multicore electrical wire suppliers, when discussing cable purchases for your next cabling project. 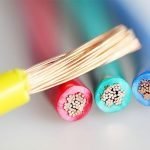 1. What is single core cable?

The answer to that question lies in the question itself. The term “single core” is used to describe cables with a single conductor. These are distinct from other types of cables, which are constructed as multicore cable types. The conductors in a single core cable may be manufactured with either copper or aluminum insulation.

2.What is single core cable used for?

The single core cable is probably one of the most widely-used wires in our homes, shops, businesses and commercial installations. The most common use of single core strand cable is for transferring electrical power from one location to another. However, depending on the single core cable size required, it’s application may also span into other areas, such as for wiring in electrical appliances and equipment.

For applications, where there is a risk of electromagnetic interference (EMI), you can also get single core wire with specially manufactured shielding that’s manufactured into the cable. Similar configuration shielding may also be available for flexible multicore cables. This type of shielded cable is also known as braided cable.

Shielded or braided cables are extremely adept at preventing external forces, such as signals from communication equipment or electromagnetic pulses from high-powered electrical or electronic devices, from compromising their functionality.

For example, electricians might use a single core braided cable to protect the cable if it passes near a microwave oven or a household cooking appliance. Similarly, if a cabling application passes near an electrical generator, there’s always the risk that EMI from the generator might impact the integrity of the cable. In such cases, either multicore or single core braided cable might be used.

There is also another use of braiding or shielding. Sometimes, engineers might use braided or shielded single core flexible cable in applications where there is need to use slightly stronger cabling. The interwoven metallic braiding serves a dual purpose. Firstly, it helps t deflect EMI, which could potentially compromise the cabling application. However, the use of single core braided cable, compared to the unshielded type, strengthens the overall cable. It protects the cable from mechanical stress and prolongs its life.

Finally, single core wire, with braiding, is also used in applications where engineers require the cable to display additional amounts of flexibility. Because the braiding is manufactured as an interwoven, lattice tubing, a single core braided cable or a similar multicore cable, reinforces the underlying insulated conductors and adds flex and versatility to the entire cable. This approach is used for cabling applications where a single wire cable might encounter tension and twists during installation, for example. The same concept works when there’s a need to use flexible multicore cable.

Typically, the nature and type of application determine the type of cabling choice. For instance, depending on what your project’s objectives are, you might decide to choose whether you should use a 6mm single core cable; but for another application, that might not be the most appropriate cable to use.

Each type of cabling has its strong points, that make engineers and electricians choose that particular cable for their project. If a 0.75mm single core cable is a good choice for an indoor application, it might not be the best choice for an outdoor application. However, there are also pros and disadvantages in using one type of cable over another.

Armoured cabling is typically cable that’s reinforced with non magnetic steel tape. Most industry professionals may refer to it as a Non-Magnetic Steel Tape Armoured Cable. Typically, a single core underground cable is often armored, because of the excessive stress and environmental pressure the cable must contend with. Often, when using cables like an 11kv single core cable in outdoor applications, electricians prefer to use single core cable armour earthing. Armour in cables not only act as Earth Continuity Conductors (ECC), but they also protect the single core strand cable or solid cable from externally induced forces of nature or mechanical stress from other installation processes – like heavy equipment installed above the cabling. Because it is a more sturdy and robust cable, you’ll typically see Non-Magnetic Steel Tape Armoured Cable, such as 11kv single core cable or 35kv cable, used outdoors.

Non Magnetic Steel Tape Armoured Cable is extremely heavy to transport, handle and install, especially if they are very long-length. That’s why applications, calling for single core underground cable, typically use armoured cabling buried in underground conduits and ditches. Trucks with armored 11kv single core cable unroll them at the worksite, and crews bury them in the trench dug specifically for that purpose.

5. What is multicore cable used for?

Additionally, while the use of the single core automotive cable is a popular choice, for various interior electrical components, auto parts manufacturers often use thin wall multiple core cable.

A cable may have multiple cores, but that does not necessarily mean the term “multicore” is appropriate to describe it. It depends on the “typical” multicore cable application one expects to encounter. For example, if multicore cable suppliers typically offer cables with 4-cores, it would not be designated as “multicore”. However, multicore cable sizes that “typically” consist of 2-cores, are also available in 4-core variants, then that cable is validly called a multicore cable.

The second use case, where a multiple core cable is better than a single core cable, is when space is the constraining factor for the application. If you had to install a 1mm single core cable for each function – earthing, neutral, live – you would require 3 separate cables. In a tightly constrained environment, like an attic or behind a hard-to-reach crawlspace, that would be extremely difficult.

This use case is ideal for a multicore cable application. A more practical solution might be to use a single 1mm cable with multiple cores so that the tight space usage is optimized. Just one installation process will be easier and require less space than multiple installs of single core cable.

Since stranded wire is more flexible than solid core wire of equal size, it can be used when the wire needs to move around frequently, in a robot arm for example. Conversely, solid wire is used when little or no movement is needed, such as prototyping circuits on a breadboard or protoboard.

There are also variations in use considerations when deciding to use either solid or stranded multicore cable types. Because stranded cable offers greater flexibility by design, compared to its solid core counterpart of equivalent gauge, it performs better in a multicore cable application that requires frequent movement – for instance supplying power to a moving crane arm or an overhead pully system. On the other hand, most other applications, where frequent movement isn’t a priority, like power to a motherboard, on a circuit board, or inside static equipment such as washing machines or microwave ovens, using multicore cable sizes of any denomination might be an overkill.

The difference between single core and multicore cable lies in the number of core conductors used by cable manufacturers. A single core cable is manufactured with a single electrical conductor. That conductor is typically either solid or stranded. The most common variety of single wire cable is the stranded version.

Another significant difference between single core and multicore cable is that in multicore cable types, there are multiple cores of electrical conductors embedded in a single cable; with each of the cores insulated from one another. Like their single core counterparts, the individual cores may either be stranded or solid core. Again, to truly understand the difference between single core and multicore cable, one must also look at some of the similarities between the two products. As an example, when using a 4mm single cable in a high-stress environment, engineers are mindful about how the product might perform, especially if it is of solid type, and the installation and use requires pulling, twisting and bending. In this situation, compared to a single core cable, a flexible multicore cable provides an enhanced ability to withstand vibration during service and has a better ability to bear stress due to flexing during installation.

Now that you are familiar with the difference between single core and multicore cable, and know the advantages and disadvantages of choosing one over the other, you’re in a better position to make an informed decision about sourcing your cables. One final parting thought, though: Don’t just look at a single core cable price list and decide to place the order. Dig deeper into who the manufacturer is.

At ZW Cable, we offer a wide array of single core cable for every application. We are also premier manufacturers and multicore cable suppliers. Our products go through an exhaustive process of quality control and are tested to the highest of international standards.